Ahead of an anniversary event to showcase what has been achieved so far with the Rail Freight Forward (RFF) coalition’s ‘Noah’s Train’, the Port of Rotterdam and RFF have announced they will be joining forces to work closely on achieving sustainable multimodality. 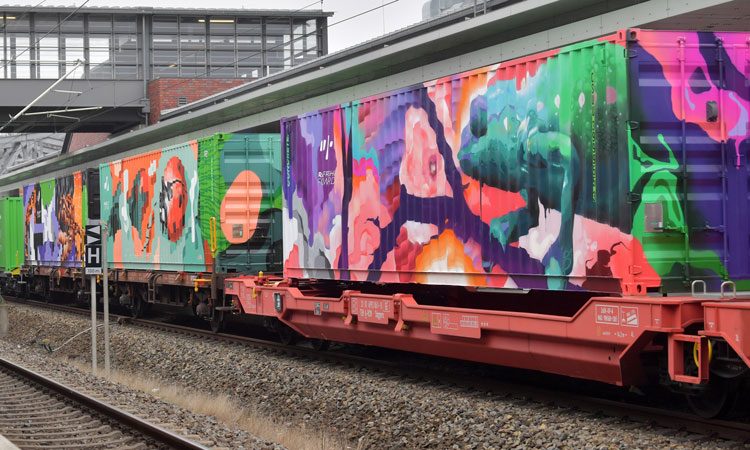 Rail Freight Forward (RFF) is a coalition of European rail freight companies committed to drastically reducing the negative impact of freight transport on the planet and on mobility. Its Noah’s Train campaign has been spreading RFF’s message across Europe for almost a year and on 11 October 2019 at an anniversary event at the Port of Rotterdam, Noah’s Train will set sail for the global UN COP25 Climate Change Conference in Santiago, Chile. At the event will be top-level guests from politics and various industries including Vera Tax (Member of the European Parliament), Kees van den Burg (Director-General, NL Ministry of Infrastructure and Water Management), the Port of Rotterdam’s CEO Allard Castelein, and the CEOs representing RFF’s member railway undertakings.

Moving to multimodality with the Port of Rotterdam

The Noah’s Train initiative meets the Port of Rotterdam’s aim to become a CO2-neutral port. It is the start and end point of over 250 international rail connections and has an extensive network of intermodal transport connections: rail, inland shipping, road and pipelines, ensuring sustainable access to European destinations in the hinterland within 24 hours.

The Port of Rotterdam gives freight forwarders a good opportunity to realise the benefits of shifting freight from road to rail. The RFF coalition has come a long way over the course of the year and are on track to mobilise Europe and reach the ‘30 by 2030’ goal.

CEO of Rail Cargo Group and Chair of the RFF coalition, Clemens Först, said: “Driving a train through Europe must become as easy as driving a truck. RFF is driving this message forward.”

RFF’s next campaign will be to focus on multimodality and the Port of Rotterdam is a crucial partner to achieve sustainable multimodality.

A real opportunity to save the climate

The advantages of rail freight transportation are significant and sustainable. In figures, this means: