FirstGroup has agreed with the Department for Transport two National Rail Contracts for the SWR and TPE train operating companies, with a primary term of two years. 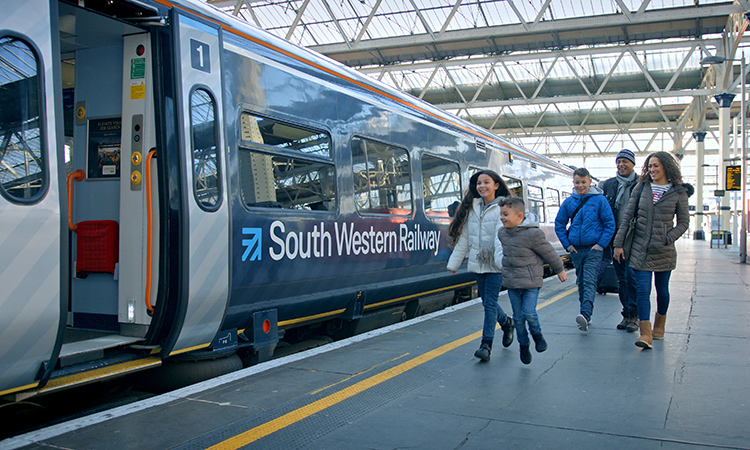 FirstGroup plc has announced the agreement of National Rail Contracts (NRCs) with the Department for Transport (DfT) for its South Western Railway (SWR) and TransPennine Express (TPE) train operating companies. The new NRCs will commence on 30 May 2021, when the current Emergency Recovery Measures Agreements (ERMAs) come to an end.

National Rail Contracts are a new contract structure for agreements between train operating companies (TOCs) and DfT, and the contracts for both SWR and TPE are among the first wave of NRCs to be announced.

NRCs replace the previous revenue risk-based franchising system. The NRCs have a primary two-year term to the end of May 2023 for both South Western Railway and TransPennine Express, and both have an option to be extended by up to two further years at DfT’s discretion. Under the NRCs, DfT will retain all revenue risk and substantially all cost risk.

The NRCs achieve a more appropriate balance of risk and reward between FirstGroup and the UK government. They carry no significant contingent capital risk, with the Group’s contingent capital for both the SWR and TPE NRCs totalling £15 million, 50 per cent of which is bonded. There are limited scenarios in which this contingent capital can be called upon, primarily in the event of early termination of the contracts by the operator.

Both train operating companies will work collaboratively with industry partners and stakeholders to build back patronage, while delivering plans to upgrade their service offerings. These plans include the introduction of flexible commuter tickets and continuing to facilitate a move towards electronic and mobile ticketing, smartcards and improved apps for both companies.

FirstGroup’s ambition is to be the partner of choice for low- and zero-emission transport. The Group recently became the first bus and rail operator in the UK to formally commit to setting an ambitious science-based target for reaching net zero emissions by 2050 or earlier. Sustainability is at the heart of the NRCs, and both SWR and TPE will develop a decarbonisation policy and roadmap towards achieving net zero emissions in accordance with this goal.

As the largest UK operator with four passenger rail contracts expected to run to at least 2023, FirstGroup is well placed to benefit from the government’s transition of the passenger rail industry to a commercial structure which is lower-risk and more predictable. The transition to a new model is expected to create a successful railway system that works better for passengers and taxpayers, while generating more resilient and consistent returns for shareholders.

Commenting, Matthew Gregory, FirstGroup’s Chief Executive, said: “We welcome the announcement by the Secretary of State of a plan for the future of the UK rail industry with the expertise, innovation and experience of private sector rail operators at the heart of the model. The National Rail Contracts agreed for SWR and TPE leave us well-placed for lower risk, cash generative rail operations on those two networks. We have long called for this transition to a new contract structure with a far better balance of risk and reward, and which benefits customers by a clearer focus on performance, including the introduction of a new set of passenger service metrics.”

“As the country begins the process of ‘building back better’, the essential role of public transport has never been clearer, and our leading position in the sector means that we have an important role. Our rail services have a vital part to play in driving economic growth, combating climate change and supporting the development of vibrant and sustainable communities,” he added.