The survey’s results show that overall passenger satisfaction has increased, but passengers in various regions across the UK are still suffering from less than optimal performance. 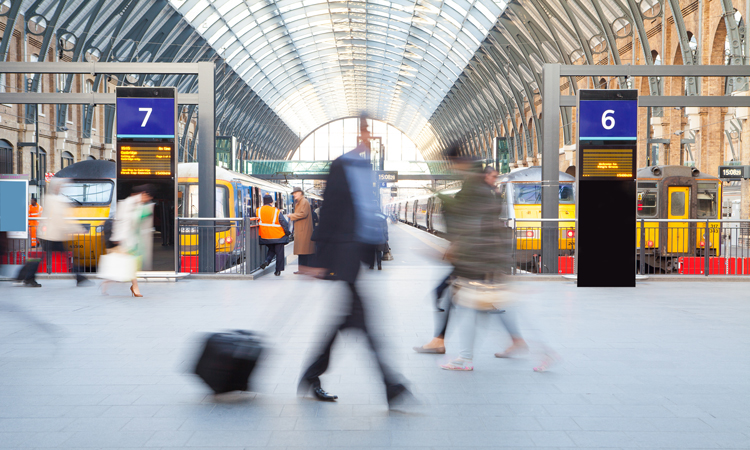 Results of the survey found that some areas saw significant improvement, with services becoming more reliable and new trains being introduced. Additionally, overall passenger satisfaction has increased in some areas, particularly London and the south east, following being at its lowest level in a decade in the autumn of 2018.

However, passengers in some areas of the country are still unable to rely on their train service, facing continued disruption and uncomfortable journeys. It was also found that less than half of passengers are satisfied with the value of their ticket, a number that decreases to only one in three for commuters.

Anthony Smith, Chief Executive of Transport Focus, said: “Passengers tell us that their biggest priority is rail services they can rely on to actually get them to work or home on time. Until train companies and Network Rail can consistently deliver on their promises across the country, satisfaction will continue to vary. In the meantime, passengers hit by poor performance must make their voice heard and claim Delay Repay compensation. Passengers have suffered years of above-inflation fare rises, exceeding average wage rises, and calculated using the discredited Retail Price Index measure. This does nothing to restore passenger trust in the industry.”

Industry responses to the survey: 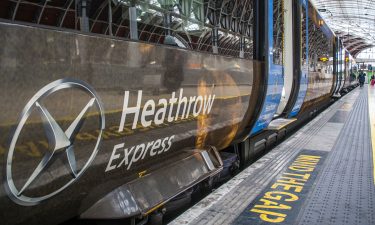 Les Freer, Director of Heathrow Express, said: “We’re immensely proud to be named top in the National Rail Passenger Survey for the fourth time running. To be rated so highly by our customers who continue to enjoy our fast, frequent and reliable service reflects the work of our expert team to deliver industry leading customer service. This year we’ll introduce a new fleet of trains complete with fast on-board Wi-Fi, at-seat USB power, HD televisions and Business First to help us continue to deliver the same Heathrow Express experience for years to come.”

The Commercial and Customer Experience Director for Hull Trains, Anne Somers, said: “To be recognised as one of the best performing rail operators by the people who use our services is a fantastic achievement for us. We enhanced our performance in several categories and beat our long-distance competitors in every category except for one – frequency of the trains. Since the survey was completed, we have been rolling out our Paragon fleet which has significantly improved reliability, so we look forward to the next set of results where we would expect to see further improvements.”

Somers continued: “We transport more than one million passengers a year and we are lucky to have such a loyal customer base who continue to support us. These results are testament to the hard work of our staff who continue to go over and above for our customers; we’re really proud to be named as one of the best operators on the rail network.”

Mary Hewitt, Chiltern Railways’ Interim Managing Director, said: “We are very proud that Chiltern Railways has again been rated the top operator for journeys between London and Oxford and the West Midlands. In 2019, we invested heavily in our stations, with £1.3 million being spent modernising several stations including Leamington Spa, Warwick Parkway, Gerrards Cross and Aylesbury. We have also opened hundreds of new bike racks at our stations in Bicester, Warwick Parkway and Solihull.”

Managing Director of Merseyrail, Andy Heath, said: “Our customers are at the heart of everything that we do, and this is reflected in the impressive results we have achieved in this survey. Topping the survey for station staff attitude and helpfulness, value for money and frequency of service is especially pleasing as we know this is what our customers want from their local rail network. As we move forward and begin to introduce the new, state-of-the-art trains, we aim to continue to improve and provide the high-quality service we have become known for.”

Jamie Burles, Greater Anglia’s Managing Director, said: “It’s very pleasing to get results like this from an independent survey of our customers, but we are determined to do even better. We’re working hard to improve every aspect of the railway in our region, including punctuality, how we deal with delays and increasing the frequency of services. We are committed to providing a reliable service more and more consistently, avoiding the type of disruptive period we recently experienced on our regional routes, for which we apologise sincerely.”

Burles continued: “We’ve also invested in enhancing our stations, with better facilities, new ticket machines and £25 million of car park improvements, including installing Automatic Number Plate Recognition at 20 station car parks. We now have new trains on all of our rural routes and the roll-out is continuing on our intercity route, with all the new intercity trains due in service by Easter. This spring, our new electric suburban trains are due to start entering passenger service on some of our busy commuter routes in Essex. We believe customers will start to see a further positive step change in service standards in the months ahead.”

Director of Nations and Regions at the Rail Delivery Group, Robert Nisbet, responded to the headline scores in the survey: “While we are working hard to address challenges on some routes where train punctuality should be better, today’s improved satisfaction scores show that passengers are feeling the benefits of investment in thousands of new carriages and extra services. Punctuality is stabilising on many routes and passengers will continue to see their journeys improve as we replace half the train fleet old for new by 2025.”

Nisbet added: “We know people want better value for money and have put forward bold proposals to government for a new fares system which will help to deliver this. We look forward to seeing the outcomes of the Williams Review and working with the government to create a railway that is more responsive to what passengers want in all areas of the country.”